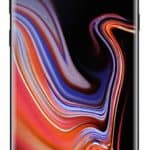 Samsung explains why Note 9 cooling system is better than ever 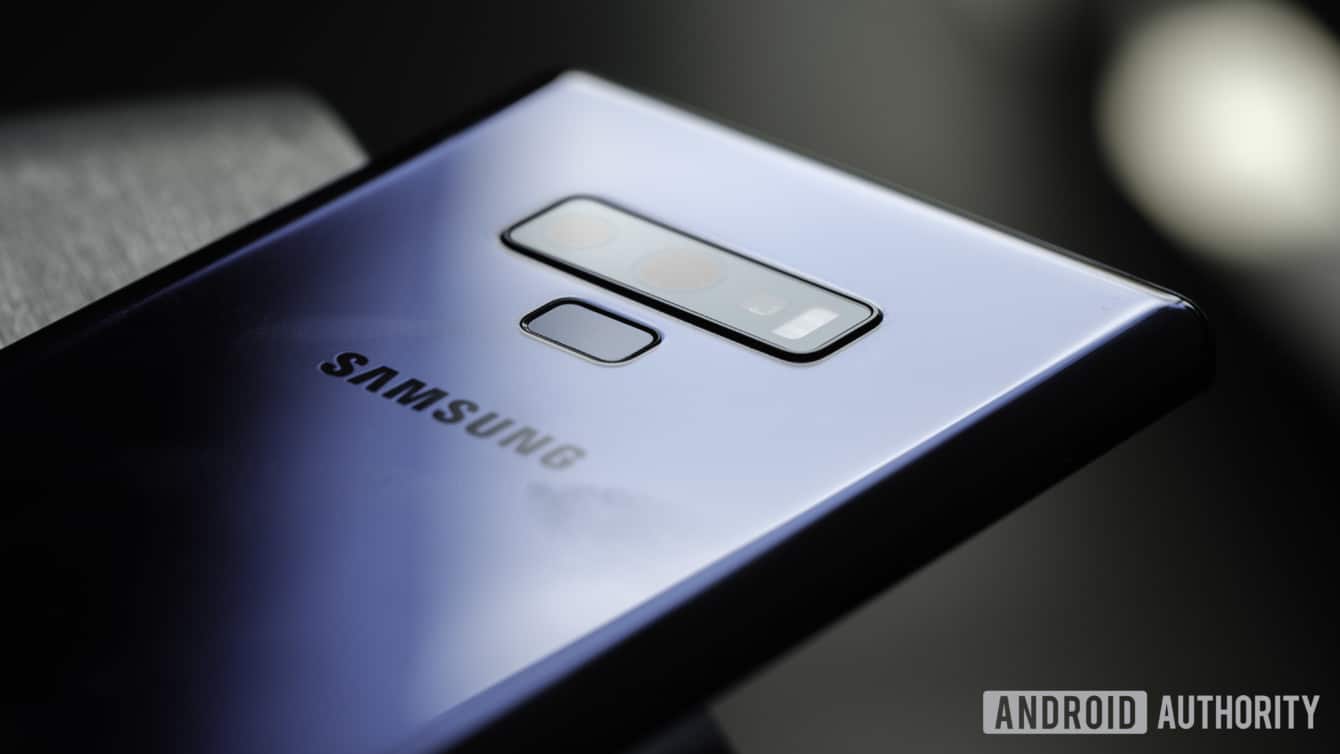 Samsung introduced what it calls the Water Carbon Cooling system in 2016 with the launch of the Samsung Galaxy S7. The cooling system does what you’d expect: it helps regulate the internal temperature of your smartphone to keep things running smoothly.

The Samsung Galaxy Note 9 – which just landed on store shelves last week – features the largest and most ambitious Water Carbon Cooling system yet in a Samsung device. To emphasize how big of a deal this is and how much it can improve your day-to-day smartphone usage, Samsung took the time to explain in detail how it all works.

The Water Carbon Cooling system is simple: inside a porous thermal spreader is a little water. As the device heats up, the water inside the spreader turns into steam, which then carries some of the thermal energy away through a pipe. When the phone cools down, the steam turns back into water and then returns to its original placement in the spreader for the process to repeat itself. 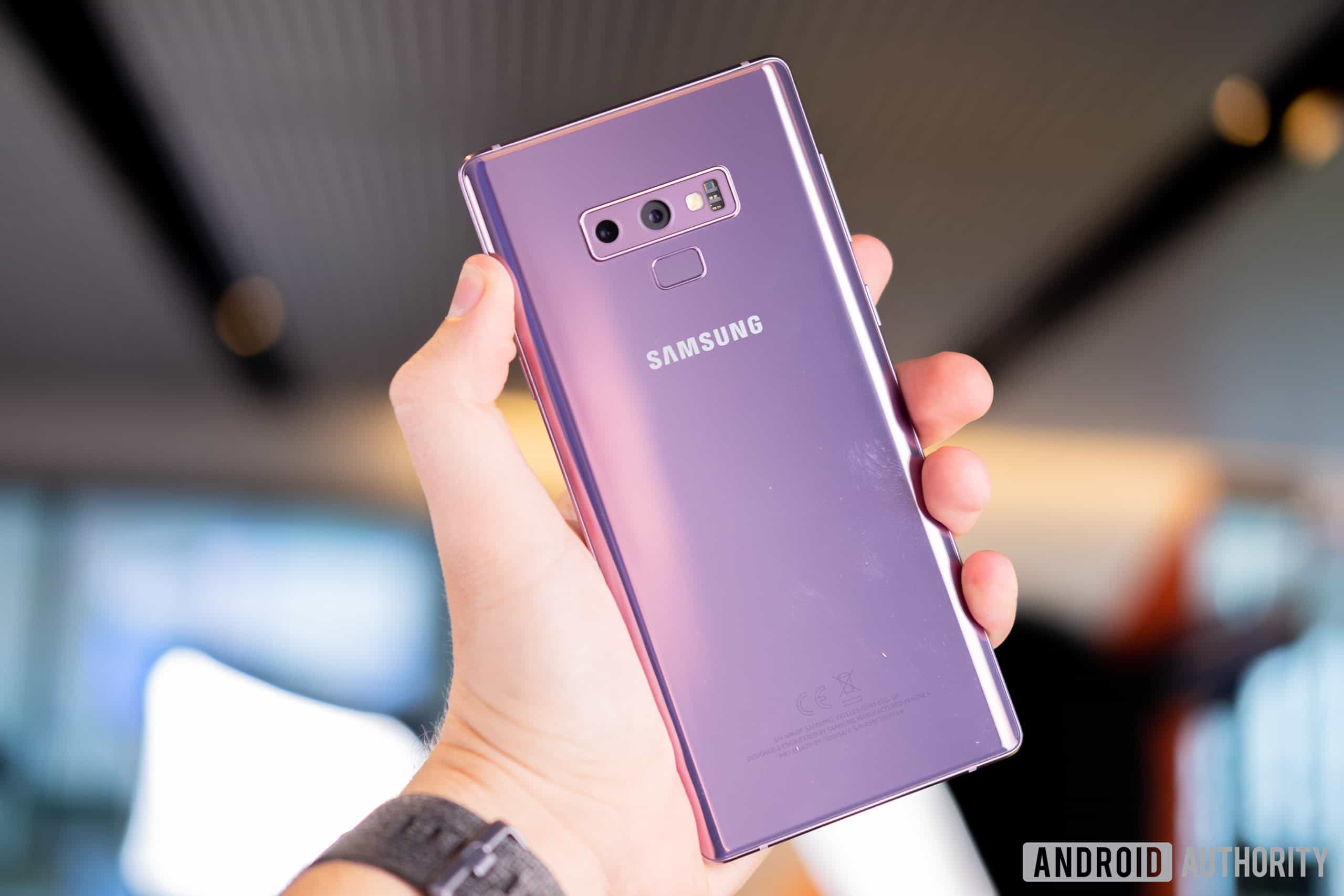 The original Samsung Galaxy Note marked a major moment for the company and the industry. The device delivered a 5.3-inch display, which was a massive jump in size over competition like the iPhone 4S (released …

The Galaxy S7 had a Qualcomm Snapdragon 820, 4GB of RAM, and a 3,000mAh battery. Since the Galaxy Note 9 has a Snapdragon 845, up to twice as much RAM, and a battery that’s 33 percent larger, it needed a Water Carbon Cooling system to match the beefed-up specs. 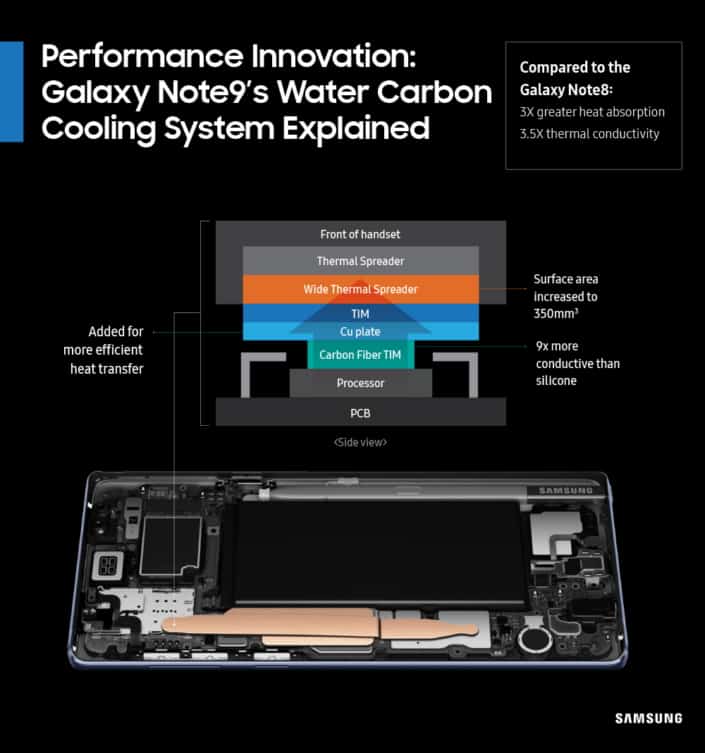 With the increase in size and efficiency, Samsung claims the upgraded cooling system’s heat absorption is three times greater than what it achieved with the cooling system in the Samsung Galaxy Note 8.

What does all this mean? It means you can play games, watch videos, and perform heavy multitasking operations on your Galaxy Note 9 and not have to worry nearly as much about overheating or lag.