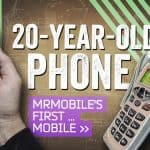 – I remember it like it
was, well, 18 years ago. I had borrowed my mother's
cell phone for a day for some reason, and being able to call anyone from
anywhere gave me a sense of autonomy that not even getting my driver's license had. So I walked into RadioShack,
we still had those back then, and talked
to the only carrier that would sell a phone to an
18 year old with no credit. Sprint, $129 later, what I walked out with was Mr Mobile's first mobile phone. (light music) Straight from the Ebay
box, the first thing that comes back to me about
the Samsung SCH-3500, is how futuristic it felt
when it was launched in 1999. Sure, the display was a
monochrome LCD with pixels you could count with the
naked eye, but the phone around it, that was unique. It made clever use of space by including a hole in the flip, so
you didn't always need to open it to use it. Motorola had done this
before with the I-1000 but this, this was almost
as petite as the Star Trek communicator I devoutly wished it was.

Sadly, there was no speaker
phone on this model, but the Samsung software
did let you customize the welcome banner, so I
was able to sneak a little star fleet into this thing. And it packed a futuristic
feature for the time, voice dialing for up to 20 phone numbers. Great for making calls while driving, which was probably outlawed in my state right after I bought this. Cool thing about dusting
off phones this old is that it conjures up
memories of old networks too. See the word Dual on the
front of the flip here? That means the phone ran on
Sprint's digital CDMA network, oh hey Qualcomm what's up? But, if it couldn't find
that digital signal, it could also roam on analog networks. That's part of the reason
for this extendable antenna here, and I remember
using analog precisely once.

A minute of staticky
mestering which I heard fragments of a stranger's conversation, that's a phenomenon called cross talk. But couldn't hear the
person I called at all. What order? Who is taking Genesis? Yeah, that call cost me a $1.29, and I never used analog roaming again. Now staying digital meant
I got to use wireless data. Yeah, even in 2001, five
bucks a month got me unlimited news, weather, text, and
instant messaging delivered at a, hold on to your hat,
100 kilobits per second.

And I used it too, I
remember being on a sail boat race around Long Island and
using AOL instant messenger to talk to my best friend
by tapping out words on the keypad. And this was before any predictive text. Why not just call him? Well, back in these days,
phone calls were more expensive than pizza
deliveries to the international space station, that really
happened in 2001 by the way. My $40 plan gave me only 350
week day minutes per month, which worked out to
about 16 minutes a day. I had to wait until after
sunset or after Friday to use my much larger pool
of night and weekend minutes. And at this time, carriers
would fight for customers by offering not just more
minutes, but how early those night and early
weekend minutes would start. If it sounds absurd, yeah, it really was. And the phone calls on
this thing weren't even that great, Samsung had a
reputation for poor reception on its phones until 2004 or so. 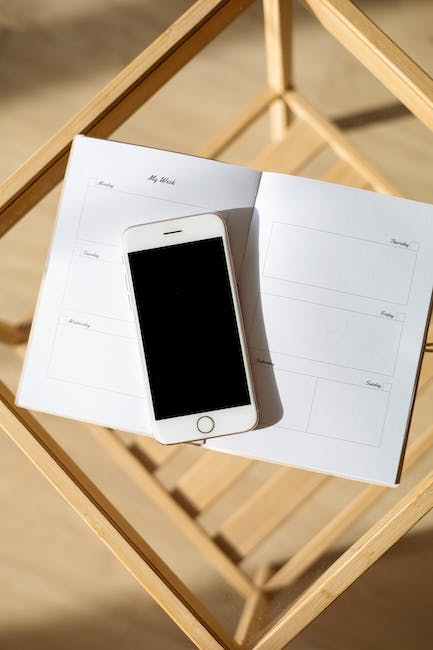 And the earpiece on this
model was also rather quiet. Thankfully the ringer was anything but. (cell phone ringing) Speaking of that earpiece,
who woulda thought that this old phone would
give me a lesson in chemistry? You've probably noticed
how gross this flip is, and no, that's not something
we blame on the previous owner. Some googling lead me to a
site called Polymer Solutions, which explains that this is an example of something called rubber reversion. Basically, before Samsung
molded this earpiece into an comfortable soft touch material, it started out life as a
liquid petroleum product and it's gotten so old
that it's now behaving more like a latex, slowly reverting
back to its liquid state. Like Odo after too long
away from his Bucket. So the next time someone
scoffs at your new phone having broken too easily,
they say they don't make them like they used too. You can remind them
that none of this stuff was ever really built to last. Let's close out on that subject, lasting, this phone featured
a removable battery.

But, as a college student
I was always too poor to buy another one, and
because the pack was only rated for about two and
a half hours of talk time, I remember spending
several long calls with the phone still charging on its cradle. Could I be any more 2001? So, at the end of the
day I'll always carry fond memories of my first cell phone. But I sure am glad I don't still have to use it today. (light music) but you may have noticed a
bunch of other YouTuber's posting their first phones today too. I'll drop links to their channels and the description, and thank
them for including me in this fun day of looking back.

You can join the fun, share
with me your first phone experience in the
comments below and please subscribe to the Mr Mobile on
YouTube while you're there. Until next time, thanks for watching and stay mobile my friends..