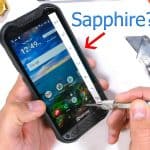 Kyocera, a name I haven't heard of in a while,
has released a new phone. An extremely rugged smartphone called the
Dura Force Pro 2. Kyocera claims this phone has a full sapphire
display, but there's only one way to find out for sure. At only $450, this should be interesting. On the back of the phone it says 'Class 1
Division 2' which means this phone can be used in hazardous locations without causing
explosions. Gotta love that. Let's get started. [Intro] Right out of the box the phone feels smooth,
plastic, almost fluffy compared to the dense glass and metal phones we're used to seeing. It definitely still has that rugged, durable
look to it. Let's get started with the scratch test. A phone with real sapphire on the display
doesn't come around very often. As we know, these Mohs hardness picks tell
the difference between different materials.

Plastic would leave marks at a level 3. Normal glass would scratch at a 6. And sapphire should only start to scratch
at level 8. Sapphire has a totally different composition
than glass. It's a crystal structure that's actually grown
in a lab, and it's hardness level is up there with precious gems and diamonds. An incredibly impressive, expensive and premium
material. Taking a look at the level 6 and 7 pick locations
where glass normally starts to scratch, we see no marks. The screen of this Dura Force Pro 2 is still
flawless. Let's take it up to a level 8. Finally, at a level 8 we start to see some
damage. This is exactly where we would expect sapphire
to be. It's what we saw on the HTC U Ultra Sapphire
edition, as well as the sapphire covered Tissot watches that I've used to explain sapphire
in the past.

Kyocera says the camera lens on the back of
the phone is sapphire as well. We'll be verifying that in just a second. A level 9 pick, of course, also leaves marks
on the crystal, as would diamonds at a level 10, but I'm kind of fresh out of those at
the moment. The earpiece up at the top is covered in plastic
and can be scratched. The whole phone is designed to handle abuse
though and keep working. So superficial damage is kind of irrelevant. There is a 5 megapixel selfie camera under
that same sapphire display, so it's definitely protected from scratches.

The thick knobby corners of this phone are
made from a softer, slightly grippy plastic. Under the large flap on the side we have our
SIM and SD expandable memory slot, and a dedicated camera button below that. This can be programmed to be a Google assistant
or another app instead. It's super nice of Kyocera to let us choose
how to use our own buttons. Phenomenal idea. I hope Samsung is watching. The bottom of the phone has a huge, watertight
ip68 plastic flap covering the USB-C charging port. We have even more plastic along the sides,
with another large programmable button on the left side. This button is supposed to be 'push-to-talk',
a radio style button, but can also be remapped to literally anything else. I'm a fan. The volume rocker is also made from plastic. And look what we have up here. A headphone jack – instant thumbs up. It's protected with the same watertight flaps
that cover the SD card and charging port. This durable smartphone's turning out to be
a winner. The power button doubles as a fingerprint
scanner. I'll scratch that up to simulate a guy on
YouTube who scratches stuff.

But while adding my fingerprint I would get
constant 'fingerprint is dirty' messages. Even when it finally did accept my fingerprint,
the dirty little fingerprint scanner was not efficient at recognizing my finger, nor would
it unlock the screen every time. There are always other ways to unlock your
phone of course, but the weaker fingerprint scanner is just something to keep in mind. The back of the Kyocera Dura Force Pro 2 has
4 smooth hard rubber pads on each of the corners. Definitely an added perk for drop protection. Now back to the sapphire. It's a pretty incredible substance. The optically clear stuff used in technology
and like on phone screens and camera lenses is lab grown, fabricated in a lab over weeks
into a large clear cylinder called a boule. 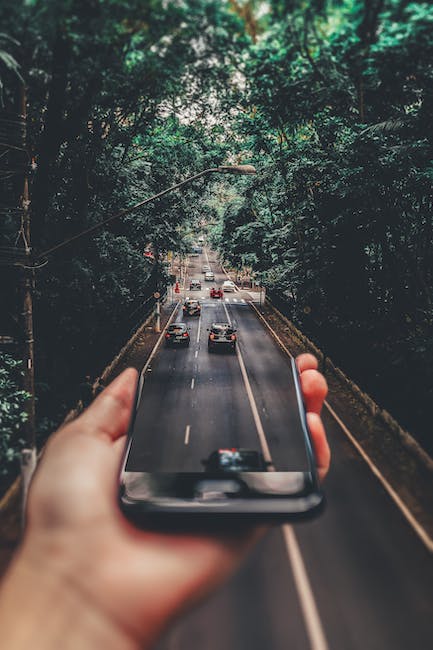 This massive chunk of sapphire is then bored
out and cut up to make watch faces, or smaller bores to make camera lenses. Or sawed into rectangular chunks and polished
to make smartphone displays like the one here on the Kyocera. It's a fascinating process that I'd love to
show off in real life if anyone over there at Kyocera is watching. The back panel covering the wireless charging
pad is plastic. Not all sapphire is created equal. One company, who shall remain nameless, uses
an impure version of sapphire…Just kidding, it's Apple.

Apple is using junk sapphire on their camera
lenses. You can see here with the piece of sapphire
that's covering the normal 13 megapixel camera, and the 8 megapixel wide angle lens (great
combo by the way), it does not scratch with a level 6 or 7 Mohs pick. It's only when we reach levels 8 and 9 that
the surface of the lens starts to get damaged. This is the good quality sapphire. Apple, on the other hand, has sub-par sapphire
lenses on every single one of their iPhones. Those get scratched starting at levels 6 and
7, just like glass would. There's a definite difference in quality. I'm impressed with Kyocera. Their product is behaving as advertised. Imagine that. Like any rugged smartphone, this guy is supposed
to work in extreme heat, which might just give us another reason for this burn test. I've been struggling for years trying to justify
this one…I mostly just like fire. The 1080p IPS LCD underneath the 5 inch slab
of sapphire on the Kyocera Dura Force Pro 2 lasted 30 seconds under the heat from my
direct flame. Watch how fast I recovers though.

It's ready for round 2 with zero damage done
to the display underneath. Impressive. Now for the bend test. A rugged smartphone with no structure would
be rather dumb. Independent third party testing though is
really the only way to tell. This rock solid Dura Force Pro 2 has zero
flex and passes my durability test. Kyocera has managed to make a durable, rugged
phone out of premium materials, and I'm very impressed. It might even very well be the most durable
phone of this year. Apple should be reaching out to Kyocera to
find a quality sapphire supplier. Should we be putting sapphire on all cell
phone screens? If you enjoyed this video and want to see
other phones tested in the future, hit that subscribe button.

And come hang out with me over on Twitter
and Instagram. Thanks a ton for watching. I'll see you around..