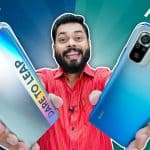 [ Music ] Which are the best performing smartphones under 15K ? Yes these are the two – Redmi Note 10S Vs realme 8 In today's video we are going to compare these phones as I've been getting alot of questions..Should you go for realme 8 or Redmi Note 10S ?? By the end of this video you'll know which phone you should buy..but before that subscribe to our channel & hit the bill icon for all the latest updates.

Design – flashy flashy flashy silver with Dare To Leap branding on realme 8 & redmi Note 10S is understated. Both are unique & are targeted to different group of people It depends on you.. which one would you prefer ? Do let us know in the comments below which design looks better. Talking about the in-hand feel – it's very similar. Generally Redmi phones are quite big & hefty but not with this one. realme 8 is lighter & smaller so it feels slightly better in-hand The sides on realme 8 are also flat so even without using a cover it doesn't feel like you'll drop it. So that is good. One more thing..this Dare To Leap glossy side is fingerprint magnet..so there are going to be some fingerprints Both get 3.5 mm jack, secondary noise canceling mic, IR blaster is present only on Redmi Note 10S Display – Redmi Note 10S has 6.43'' display whereas realme 8 gets 6.4''. Both have AMOLED 60 Hz panel, protection wise – Note 10S gets Gorilla Glass 3 & realme 8 gets Dragontrail protection And both have different placements for punch holes – center on Redmi & on left on realme.

Let's talk about specifications – Both get Helio G95 SoC which is a very capable SoC specially in the 10-15K price segment. Variants of both phones are very different Base variant of realme 8 has 4GB+128GB whereas Note 10S has 6GB+64GB variant, both priced at 14,999 INR Now realme has recently discounted 500 Rs on realme 8 & is now available for 14,499 Rs Both have the same RAM type,in storage type – realme has UFS 2.1 while Redmi has UFS 2.2. Not much of a difference but Redmi will be slightly faster In terms of battery again they're very similar with 5000 mAh. Note 10S gets 33W charging & realme 8 supports 30W. But while charging you won't notice much difference. I forgot to mention one important difference in display. Redmi Note 10S doesn't have in-display fingerprint sensor, gets a side mounted sensor whereas realme 8 gets in display fingerprint & that is good. Talking about sensors, connectivity both are very similar. In fact we've done the unboxing videos of both these phones..[check i card]. IR blaster you get as extra on Note 10S so that is good Now let's come to software & UI – On Note 10S you get MIUI 12.5 which is an improved version of MIUI with slightly streamlined & optimized so that is good But talking about experience, I'll go with realme UI 2.0.

Both of them are good but realme UI 2.0 is slightly better. Yes you do get third party apps on both of these phones which can be uninstalled & both of them have system apps that will keep sending you notifications..Yes Camera is a very important aspect. It is make or brake..Yes ! Many people make buying decisions on the basis of the camera.. Quick camera specs – Both phones get 64MP + 8MP+ 2MP+ 2MP setup. On the front realme gets an IMX 471 16MP shooter while the Note 10S gets a 13 MP selfie camera. What about actual photos. I'm showing you some side by side camera samples. If you look at the photos from both the phones. The colors on Note 10S are slightly off.. In terms of dynamic range, colors in day lighting conditions. 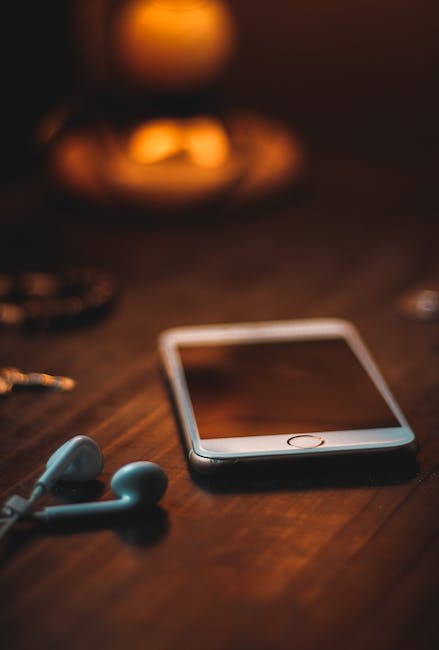 I liked the photos taken from realme 8 If we talk about low light photos – Note 10S photos are overall brighter but they are fuzzy & unusable. Seriously! Whereas realme 8 photos comes out abit dark but have more details In low light you get starry mode on realme 8 that keeps the shutter open for a longer time. Remember your phone need to be stable using this mode or else it'll result in blurry photos In most of the cases, Note 10S colors felt warm that's for sure. If there's one thing in which Note 10S beats realme 8 is Macro.. But overall if you look at colors, dynamic range. I'll definitely say the photos of realme 8 come out slightly better One more thing I need to add, the camera app you get on realme 8 has more features : tilt shift photography, pro mode, starry mode which aren't available on Note 10S But I'll tell you what overall if I talk about photos, post processing, features. Apart from macro mode I like the camera more on the realme 8 Let's talk about multimedia : very similar experience but because of stereo speakers on the Note 10S, the audio felt better on Redmi.

If you look at multimedia screen, brightness, viewing angles, colors you'll find both of them similar with screen size also being similar. Overall multimedia on Note 10S will be slightly better And yes, you even get IP 53 certification on Note 10S which generally is not present in sub 15K phones but the Note 10S gets it. Finally what I think – Note 10S is priced at 15K & realme 8 is Rs 500 cheaper at 14,499. If I talk about display then with in-display fingerprint sensor, I'll say realme 8. But this has 2GB less RAM but 64GB more storage so it is up to you That you want more storage or more RAM. So overall camera is what is important to you then I'll say realme 8 And performance is absolutely similar on both the phones, battery & charging are also very similar.

if camera & display are important then because of that reame 8 looks slightly better than Redmi Note 10S If you're interested in buying any of these smartphones then buying links are given in the description below. Until then Keep Trackin & Stay Safe.