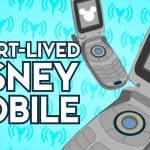 Disney is no stranger to dipping their toes
into a new venture. Walt himself took the company from animated
shorts to features, to live action films, and even to theme parks. Decades later the company would explore everything
from retail stores to cruise lines to state fairs. So when the cell phone industry began to explode
in the early aughts, it was no surprise that Disney gave it a shot. Enter, Disney Mobile. Like their other ventures, Disney saw a corner
of the market to capitalize on. By 2005/2006 75% of 17 year olds in the United
States had their own cell phone. That ship had sailed. However, only 42% of 13 year olds had their
own cell phone, and that number was still on the rise. That’s where Disney decided to step in. They’d market Disney Mobile not only to
the growing market of phones for kids, but to their parents as well.

It would be a family network with a priority
on ways to monitor and limit what kids could do on their phone. But you see, it wouldn’t be their network. I mean it would, but it also wouldn’t, because
Disney Mobile would be an MVNO. MVNO stands for Mobile Virtual Network Operator. In short, MVNOs are mobile networks that have
almost everything a regular cell phone carrier would have. Their own branding, their own pricing model,
their own customer support team and their own deals with phone manufacturers. The one thing MVNOs don’t have, however,
is an actual cell phone network. That, they lease from the major carriers,
such as AT&T or Verizon. It’s a way for companies to get into the
industry without the infrastructure costs of building their own coverage. By the mid-aughts, MVNOs were on the rise,
with over 175 either launched or in the works. Their appeal at the time was that they could
build their mobile service around a specific niche in order to reach a certain market.

Virgin Mobile, for instance, focused on teenagers
and young adults who might not meet the credit requirements that major carriers set by specializing
on pre-paid service. The short lived Amp’d Mobile catered to
media heavy users, offering videos, music, and games. More and more companies saw this quickly growing
industry, and realized that if they found their own unique corner, they might be able
to build a business out of it. That includes Disney, who wasn’t even new
to the MVNO game.

Back at the end of 2004, ESPN had announced
their own take on the trend, with mobile ESPN. Leasing usage from the Sprint PCS network,
mobile ESPN would offer its users everything from video highlights from recent games, to
up-to-the-minute scores. It would be the mobile network for the die-hard
sports fan. Taking that idea to their overall brand, the
next step would be Disney Mobile. Announced in the summer of 2005 and estimated
to have a $100 million investment, Disney Mobile would primarily focus on parental controls
for phones aimed at kids. Boy: And I can get all kinds of themes, ringtones
and lots of cools games, like Pirates of the Caribbean. Girl: Whoa! You must have the coolest mom ever. Boy: Yeah, pretty much. Mom: And I can check his phone usage, locate
his handset, and even control when he can use his phone.

All from my computer or Disney Mobile handset. Coworker: Whoa! You must be the coolest mom ever. Mom: Yeah, pretty much. Launching in 2006 and partnering with Pantech
and LG Electronics to offer two phone options, the cell phones would have what was called
Family Center features. Parents would have the ability to limit and
monitor the number of minutes, text messages, and downloads their kids’ phones were allowed. On top of that, they’d be able to pick and
choose what days of the week and what hours of the day the children’s phones would make
calls and texts, with an obvious exception to 911. The Family Alert feature would allow the parents
to send a message to the kid’s phones that the children would have to read and acknowledge
before they could continue using it. Lastly, the Family Locator feature would use
the phone’s GPS to let parents know where their kids were. In a surprising turn, the phones themselves
were moderately priced and designed. The handsets started at $60 with a plan, and
while they did feature the Disney Mobile logo on them, they were otherwise completely normal
flip phones.

No Mickey Mouse or other cartoon branding. At launch, Disney Mobile was fairly well received. People already knew that cell phones were
no passing fad, and so there was no stopping the eventual rise in kids using them. So it was considered a good thing that Disney
was throwing their hat into the ring to try and ensure they were as safe as possible. While Disney wasn’t public with any numbers,
there were early talks to bring the service overseas to the UK and other countries. However it would only be a couple of months
before red flags started to show up. In the fall of 2006 it was announced that
mobile ESPN would be halting operation at the end of the year. It was rumored that the service, at that point,
only had tens of thousands of subscribers when the business model demanded hundreds
of thousands to make it viable. Yet at the same time, when it came to mobile
news sources that year ESPN was ranked third, just behind Yahoo and CNN. ESPN was plenty popular, but the public didn’t
feel like they needed a phone dedicated to it. The closure of mobile ESPN raised eyebrows. 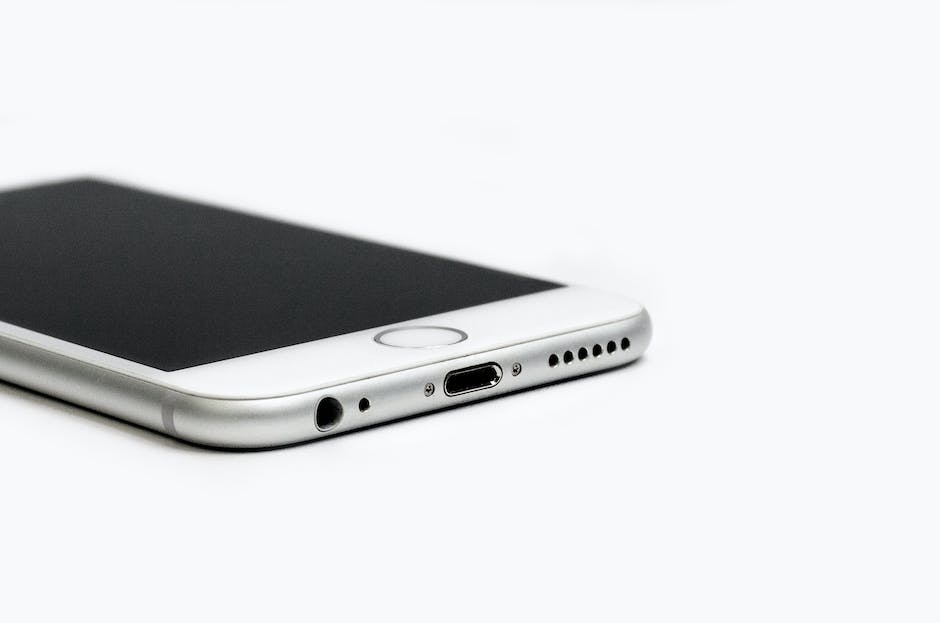 It would be the first major failure of a popularly
branded MVNO. Beyond directly putting Disney Mobile into
question, it had the public wondering about all MVNOs. If a household name like ESPN couldn’t win
over enough subscribers, how could the little guy? Disney assured the public that the folding
of mobile ESPN didn’t mean anything for Disney Mobile. They were wrong. Just a little over a year later, in September
of 2007, it was announced that Disney Mobile would shutter at the end of that December. When questioned about the decision, Disney
argued that it was a matter of the economics needed to make it work. However what they didn’t mention was that
their primary selling point, the parental controls, were quickly becoming standard features
for cell phones. It also didn’t help that their reasonably
designed phones meant that there wasn’t any novelty to the hardware of Disney Mobile.

Owning a Disney Mobile phone rapidly shifted
from having this phone designed for families… to just having a regular phone with the word
Disney on it. And while this is more speculative, something
else happened between the launch and closure of Disney Mobile. Steve Jobs: And we are calling it iPhone. Today Apple is going to reinvent the phone. Now I’m not going to try and argue that
the iPhone was the first smartphone. It wasn’t. However what Apple does well through their
brand is popularize relatively new technology.

They help bridge the gap between obscurity
and ubiquity. So while I don’t believe the iPhone had
any direct responsibility in the short life of Disney Mobile, I do think it presented
writing on the wall for Disney. Smartphones were the future, and that short-lived
idea of MVNOs that focused on packaging a brand or content and carving out a market
was going to die off. With the adoption of smartphones, users were
going to be able to access the internet more or less the same way they would at home.

That meant you didn’t need a phone specially
made for sports or games or cartoons. All you needed was a phone. Today MVNOs still exist, however they’re
not that popular in the United States. The ones that remain don’t focus on specialized
content, but instead depend on more specialized plans and pricing. As for Disney Mobile, while it shuttered in
the US, it found some moderate success overseas in other markets. Disney partnered with 3 Italia for an Italian
Disney Mobile called Disney Mobile 3… which was pretty confusing since there wasn’t
a Disney Mobile 1 or 2. They worked with Globe for a Disney Mobile
in the Philippines, and perhaps most successfully they launched Disney Mobile in Japan along
with DOCOMO. The others came and went, but Disney Mobile
in Japan is still around. They had found that of the over 3.5 million
users regularly utilizing Disney mobile sites in Japan, around 75% were women over the age
of 20. So instead of focusing on families they shifted
their attention to that demographic.

And instead of offering up phone features
that were easily emulated, Disney Mobile in Japan instead focused on the one thing nobody
else could copy: their brand. They began to sell phones with Disney branded
wallpapers, icon sets, and even video content. Most importantly though, they began to sell
exclusive Disney themed phones. Disney had learned a lesson from the failure
of Disney Mobile in the US, and that lesson was apparently: Do the exact opposite of what
they already tried. Disney Mobile was a… fascinating venture. On the one hand it’s hard to blame them. They were chasing a potential gold rush like
many of the other MVNOs that would also flop as quickly as they appeared. On the other hand, many of their decisions
seemed especially odd. They intentionally chose to not leverage perhaps
their most valuable asset, their own brand, and instead focused on a bunch of phone settings
that could easily be cloned.

It was short-sighted. Perhaps it was a lesson in the value of taking
time to properly plan things out. Sure they might not get in on the bottom floor,
but they’re also that much less likely to become a footnote in the company’s history. I want to give a quick shoutout to Kevin Perjurer
of Defuntland for suggesting the topic. If you like documentaries on defunct rides
and parks and television shows, be sure to check out his channel..