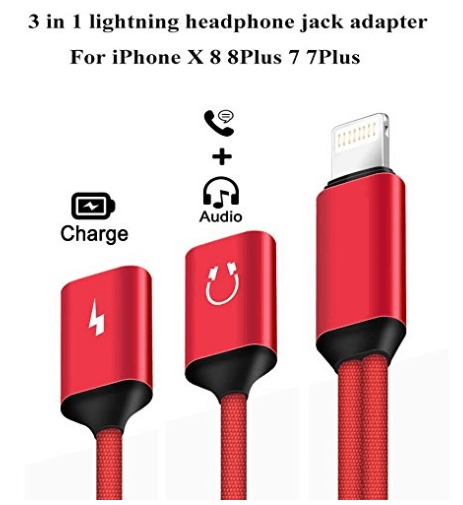 Upgraded to an iPhone X a few weeks ago, and don’t have a wireless charger at the office and realized that when I was listening to music my phone needed charging thus not being able to listen to music at the same time, my first thought was to buy a Bluetooth headset, but if it was just for listening to music at the office it wouldn’t be worth it. So I started to research options as I had no idea what was out there, and like anything else there are many products that do the exact same thing, and I didn’t want to spend a lot of money but I wanted quality. There is an expression that says you get what you pay for, I came upon this item, and my worry was that for the price point it’s wouldnt be worth it, well after looking at different items I kept on coming back to this one, so I decided to purchase it, but had a question and wanted to make sure it would work for my iPhone, and I got a quick response and that put my mind at ease. Anyways didn’t take long to receive it and as soon as I opened the box I was impressed what the way it was packaged, with clear instruction on the packaging. When I actually saw the adapter it’s looked like something that I spent a lot of money on, the quality is amazing, and if I would have seen this in a store I would have paid more than I actually paid. But things could look great but how does it actually work? It works exactly like what it’s suppose to do, and I was impressed with the quality of the sounds, it was as if my headphone were plugged directly in the iPhone lighting connection. To conclude, overall very impressed and I highly recommend it.