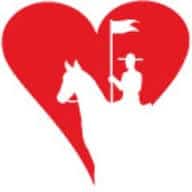 Proud to live and serve the City through my businesses based here. For an excellent little video put out by the City of Fort Saskatchewan please watch below!

City Launches a new Project for For Saskatchewan see article below written by Omar Mosleh from The Record: The verdict is in — you Gotta Love Fort Sask.

And now the city is offering multiple opportunities for you to show it, too.

The City of Fort Saskatchewan has launched an initiative called #GottaLoveFortSask, which highlights various fun activities residents can partake in without leaving the city throughout the summer months. Tweeting the hashtag at the events is not mandatory, but encouraged.

So far, the city has held one event aimed at couples, which was a 1960s style date night at the Fort Lanes bowling alley. This weekend, participants will have the opportunity to take part in a romantic pottery workshop à la the movie Ghost.

Although most of the events are aimed at adults, there will also be family friendly events, such as a May Long Weekend Fun in the Sun event.

The return of the sheep in June will be a big one for the city, and they’re also planning more nights for couples such as date and movie nights.

“We’re targeting adults because they’re probably the ones who will have the financial means to participate … and we’re involving the schoolchildren in a different way, where there’s no associated cost,” Kinsella said.

Looks like a very cool initiative. Read the rest of the article here.