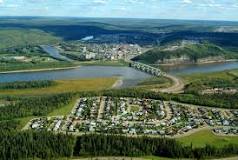 Fort Saskatchewan has Welcomed all Fort McMurray Residents as they were forced to flee their Homes due to the Horrific Fires. An excellent article by our Local Paper The Fort Record by Lindsay Morey really describes what has been happening here.

Evacuees find refuge in the Fort

Leaning against the doorway to the Alberta Heartland Primary Care Network’s temporary help room, Aubrey Sweetapple looked on as his wife, Joy, seeks prescription information and received consoling hugs from PNC staff. The elderly couple relocated from Newfoundland to Fort McMurray seven years ago to be closer to their children and their young families. The Sweetapples were redirected twice through Fort McMurray as thousands of vehicles fled the burning city on May 3. After leaving his Timberlea neighbourhood, he drove through flames twice.

“We drove through Fort Mac around 12:30 at night. It was bumper to bumper. It was just chaos. You had eight lanes of traffic all going one way (south) and you have people trying to pass you driving in the ditch, selfish,” the 65-year-old recalled.

“All along the way there were buses, cars, taxis, trucks, everything was all stuck in the median from people who were trying to get away from the flames on the way out of town.”

Sweetapple didn’t catch a wink of sleep for 36 hours. After reaching safety, sleep remained minimal; “I slept from 9 p.m. until 2 a.m. I was woken up in a cold sweat and just sick. You don’t know where you’re going to, what you’re doing next. Who knows where we’ll end up now.”

Based on photos he saw late last week, the couple believes their home is still standing.

When scaffolder Mike Johnston looked outside his door in the afternoon of May 3, he could see flames licking tree tops right behind his house. He recalled the white smoke turned to black and looked as if a thunderstorm was rolling in. His family was one of hundreds who found their way to Fort Saskatchewan after hearing about the evacuee centre from people staying in Wandering River.

“Our house might still be up. Ours is really close to where everything was burned. We’ve seen some videos that show it’s still standing but most of Abasand is not in good shape. ”

He and his girlfriend, Angie Lewis, were separated from their three boys, ages 10, 12, 15, who were staying with family in the south end but were reunited the following day.

“Oh, I was out of it. I was sick to my stomach. But I knew they were in good hands, they were with my sister,” Lewis recalled.

In the commotion of packing, Johnston forgot to grab the boy’s bag on the stairway and his heart sank when he went to look for it later in their truck. The couple noted they were able to take personal photos and everything else can be replaced. Again with flames on either side of the streets, the couple described their journey south was like driving through an oven and heard propane tanks explode one after another.

Our location offers the following hours of operation to serve all your Telus needs.