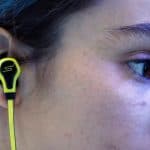 I came across this article online which I found very interesting. If you have your headphones on and your driving beware a fine can be just around the corner. Read below for the full details: 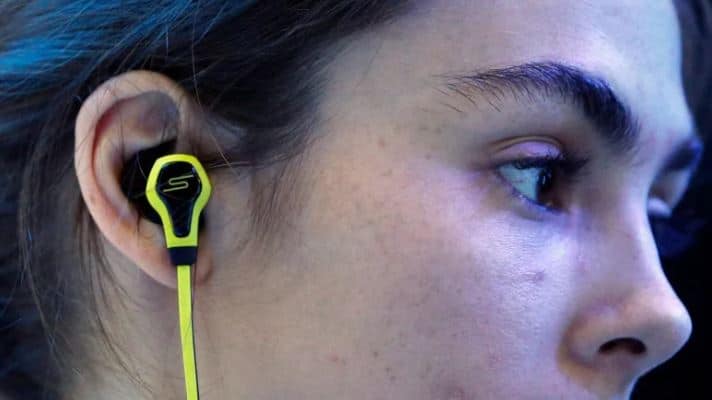 One earbud is OK for drivers, but two can result in a fine. (The Associated Press)

A Surrey, B.C., driver who was caught wearing in-ear headphones has been found guilty of distracted driving, even though the earbuds were connected to a dead iPhone.

Patrick Henry Grzelak was coming home after a long day of work on Oct. 12, 2018, when police officers spotted him in the northbound lanes of 152 Street, according to a provincial court judgment.

His iPhone was in the centre cubby hole on his dashboard, with the earbuds plugged in. The battery was dead.

The phone wasn’t in his hands or his lap, it wasn’t transmitting music or a video, and he wasn’t using it to talk to someone or navigate. Nonetheless, Judicial Justice Brent Adair found that Grzelak was legally “using” the phone.

“In my view, by plugging the earbud wire into the iPhone, the defendant had enlarged the device, such that it included not only the iPhone (proper) but also attached speaker or earbuds,” Adair wrote in Monday’s judgment.

According to the B.C. RCMP’s traffic services, it’s OK to drive with one earbud in, but wearing two can result in a $368 fine. 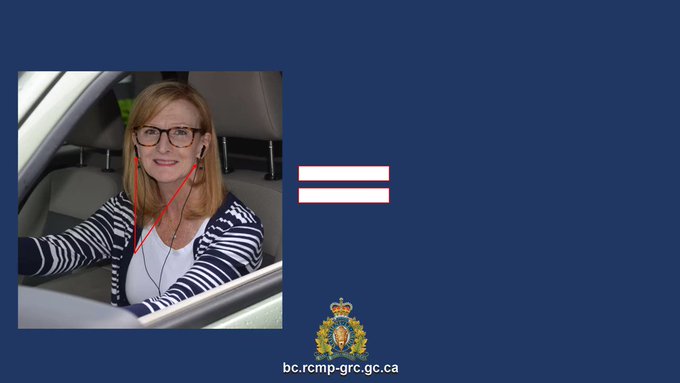 #DYK that you may only drive with ONE ear bud in? 2 buds=$368 for use electronic device + 4 points #TicketTuesday

On the question of the battery, Adair said he relied on a 2015 precedent set in provincial court, which says that holding an electronic device in a position where it could be used constitutes an offence, even if it’s temporarily not working.

The Wealth Factor
Recode Your Brain
For Abundance 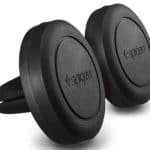 Really love it .Work for my Iphone 7 +
All the spigen products are quality and really good the for the price
Will recommend it

This mount is fantastic and the price for a 2 pack is an awesome deal. It comes with 4 magnets and protective sheets.

We have these in both our cars and they attach well to the vents and look very unintrusive and blend in well. I installed the magnets on my phone (iPhone 7 Plus) and my wife’s phone (iPhone SE) and they work great through cases. Didn’t even tape the magnet to the case or the phone, just placed it between the case and phone with the protective sheet. 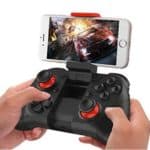 A compact game controller that is easily portable. The buttons are solid and the arm for holding your phone is quite secure.

I work in a large dental clinic with 50+ docs and even more assistants. Anyone who knows about dentistry knows that there are a lot of aerosols given out during almost every procedure. Since we don’t have a radio in the operatories, I’ve had to use my phone for music. Before phone soap I had to wipe my phone down every time with Cavicide wipes…not the best for your phone.
Enter PhoneSoap! I’m able to sanitize my phone without destroying it with cavicide! We’ve even tested and swabbed the phone for cultures before and after…this sucker works! Hands down, great investment. I’ll be buying another one for the home because this one is staying in my office. 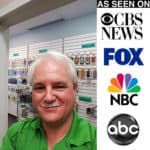 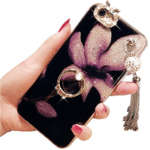 very beautiful case. so happy to have it. looks exactly as posted! 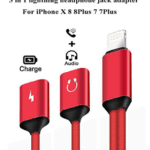 Upgraded to an iPhone X a few weeks ago, and don’t have a wireless charger at the office and realized that when I was listening to music my phone needed charging thus not being able to listen to music at the same time, my first thought was to buy a Bluetooth headset, but if it was just for listening to music at the office it wouldn’t be worth it. So I started to research options as I had no idea what was out there, and like anything else there are many products that do the exact same thing, and I didn’t want to spend a lot of money but I wanted quality. There is an expression that says you get what you pay for, I came upon this item, and my worry was that for the price point it’s wouldnt be worth it, well after looking at different items I kept on coming back to this one, so I decided to purchase it, but had a question and wanted to make sure it would work for my iPhone, and I got a quick response and that put my mind at ease. Anyways didn’t take long to receive it and as soon as I opened the box I was impressed what the way it was packaged, with clear instruction on the packaging. When I actually saw the adapter it’s looked like something that I spent a lot of money on, the quality is amazing, and if I would have seen this in a store I would have paid more than I actually paid. But things could look great but how does it actually work? It works exactly like what it’s suppose to do, and I was impressed with the quality of the sounds, it was as if my headphone were plugged directly in the iPhone lighting connection. To conclude, overall very impressed and I highly recommend it.

The product itself if high quality and the metal plates do a good job of sticking to your phone. The magnets are very strong and the phones does not slip (Nexus 6P)
Pros:
Tight fit on the vent, and hold the phone very well with strong magnets
The phone will not slip down off the magnet
Customer support is fantastic
Cons:
Depending on your car, the phone may not have enough clearance to stay on the magnet.
It has a low profile, so we have difficulty with our Honda Odyssey van. The low profile and vent location made this device very awkward to use.5 stars for product fit and finish and quality and customer support. They reached out and made sure I was happy with what I purchased. 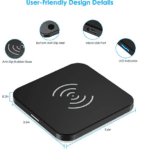