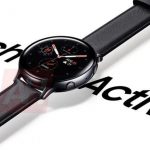 This is an in-store offer only at Telus/Cambridge Electronics Inc in the Cornerstone Mall Fort Saskatchewan!.

Offer available from February 13, 2020 to February 17, 2020.
Customer must activate or renew on a Peace of Mind Connect rate plan
Customer must purchase a Samsung Galaxy S10 series device (S10, S10+, S10E) or Note 10+
Offer limited to the Samsung Galaxy Watch Active2
Offer is available for Consumer accounts and TWA
Offer is available at Corporate Stores & TELUS Authorized Dealers only
Offer available while supplies last
A one-time connection fee applies per line
Offer is subject to change at TELUS’ sole discretion at any time without notice
Device discount can be reversed if the customer chooses to leave TELUS prior to the end of their contract

Here are some excellent resources to help you take advantage of your Telus services. read below:

TELUS Webmail lets you manage your telus.net email from any computer, tablet or smartphone with Internet access. Use TELUS Webmail by logging in with your username and password.

What is included with TELUS Webmail

As a TELUS High Speed Internet customer, you have one default telus.net email created by us. If you would like to create a new email account, contact us and one of our representatives will be happy to assist you.

When you sign up for TELUS Internet, if an agent asked you to create a username and password for the purpose of your TELUS email, then your TELUS.net email address would be the username you have chosen + @telus.net.

When you log into your webmail for the first time, you will be asked to change the password you chose at signup. If so, use this new password instead.

If you forgot your password or username, or if you were never asked to create a username or password, then feel free to contact us and one of our representatives will be happy to assist you. 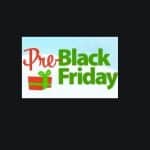 Black Friday will soon be upon us with all those great deals and Retail madness. We have an advance Deal which we thing will be better than than what will be offered on Black Friday. If your a Samsung fan than this is for you. From November 14th all the way through to November 18th when your activate or renew your Plan with Telus you will receive a Samsung A50 for free!! No payments at all. Its called the “Buy one Get One Free Sale” Stop in the store for all the details!!! 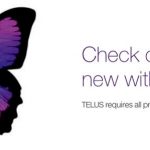 Remember that feeling when you got your very first phone? You begged your parents for that cool new device nonstop and then when they couldn’t take it anymore, they caved!

Choosing a first phone shouldn’t be difficult task. Parents want something reliable and cost effective that doesn’t break the bank. Let our customers know the amazing ways we set ourselves apart this holiday season Prepaid: My first phone plan.

Why is TELUS prepaid the best choice for a first phone?

Make the most of this Black Friday this year! Due to competitive response in market there may be fast paced offer changes. This page will serve as your “one stop shop” to keep track of offers and updates as they happen. 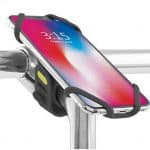 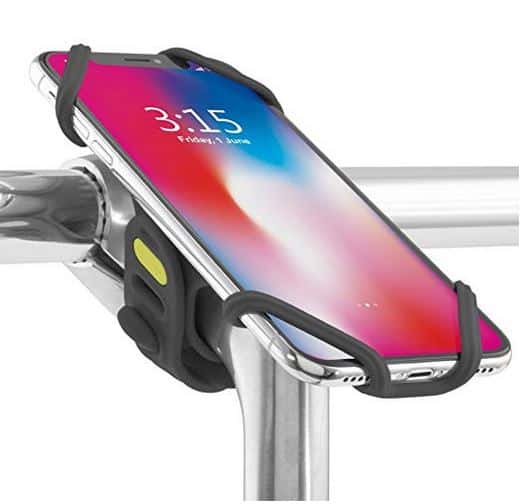 Love this! I have a road bike and have not been able to find anything that would hold my phone and fit on the bike. This has worked perfectly! Very sturdy, doesn’t move a bit during rides. 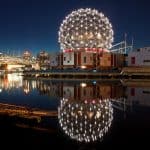 Telus to launch a new Health App with Babylon Health. App to give people ability to put them in touch with Health Professionals via the APP read more below:

The two companies will work together to roll out a Canadian-specific mobile app in English and French By Sameer ChhabraSEP 7, 20186:03 PM EDT0 COMMENTS 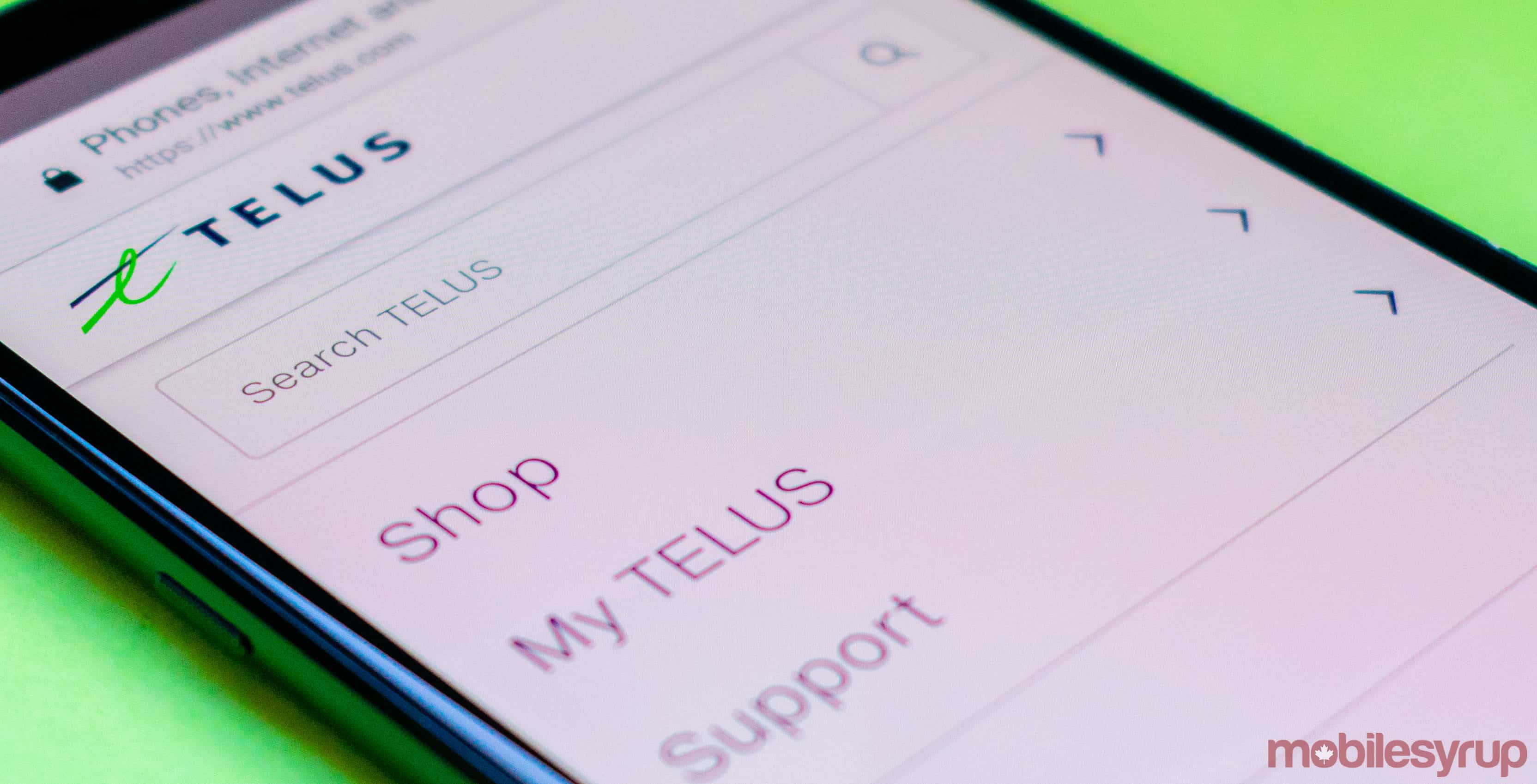 Vancouver-based national telecom service provider Telus has announced a new partnership with Babylon Health — a British digital healthcare service provider — to better connect patients with medical solutions. While the partnership was formally announced in a September 7th, 2018 Telus media release, the venture is between Telus Health — Telus’s healthcare arm — and Babylon. The two companies plan on launching a virtual care mobile app specifically designed for the Canadian market. An English version will launch first, and a French-language version will follow sometime in 2019. Telus said that the app will allow individuals living in remote or rural communities, individual living with mobility issues, individuals who are simply unable to access non-emergency healthcare, as well as the roughly five million Canadians without a family physician, to better access healthcare. According to Telus, the app will feature an “easy-to-use, chat-style symptom checker that patients can use to better understand their symptoms or healthcare concerns.” “This highly intuitive and accurate interface can also be used to have a video consultation with a licensed Canadian healthcare provider,” reads an excerpt from the September 7th media release. It’s worth noting that neither company has formally established a dedicated timeline for the eventual rollout of the mobile app. Instead, Telus’s media release simply stated that more details will be announced “later this year, including information regarding its staggered rollout across the country.” “Our partnership with Babylon, through a globally-leading virtual care solution, will enable consumers to get access to healthcare anywhere and anytime they need it,” said Juggy Sihota, vice president of Telus Health, in the same September 7th media release. “Together, we are not only helping to improve the options Canadians have for accessing healthcare, but also providing them with a digital tool that makes communicating with healthcare professionals more efficient.” 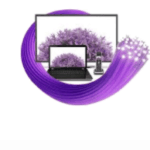 For the last 5 years, PC Magazine has conducted network performance tests across Canadian carriers and published their findings in a report called Fastest Mobile Networks Canada. This summer, PCMag took a cross-country road trip to test how fast Canada’s wireless networks are from a real-world customer perspective. The great news? In PCMag’s 2017 report, TELUS has been ranked as the fastest wireless network nationally. Even more exciting, we also earned the distinction of being the fastest network in a number of key markets across Canada including Victoria, Vancouver, Edmonton, Saskatoon, Moose Jaw, Winnipeg, Windsor, Toronto, Ottawa, Quebec City, Montreal, Fredericton and Prince Edward Island.

This recognition by PCMag comes on the heels of TELUS’ recent best-in-class network awards from both J.D. Power Awards and OpenSignal. Together, these results confirm the exceptional network experience that we provide our customers. It also means our customers across the country enjoy the best speeds whether they’re watching Optik on the Go, uploading photos to Instagram or sharing videos from game night.

Customer research shows that network performance and perception is a top reason why customers’ choose their provider. So we’ve been communicating our Friendly Feels Good network message to clearly promote the fact that we have the fastest and largest network in Canada. It is crucial to keep our ranking as the fastest wireless network as we progress our wireless strategy and evolve to state-of-the-art network technologies including 5G. 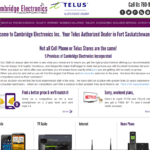 For a limited time, customers are

eligible to receive 1GB bonus data when adding a

line to any TELUS Your Choice or Share plan. 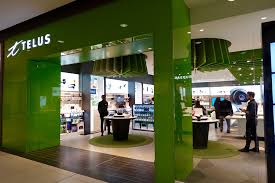 
How Telus Ft Sask Contributes To The Community

When thinking about Telus Ft Sask, we can only mention good things that happened in the life of this community, things brought by the availability of fast wireless internet. 4G LTE is the most advanced technology possible today and residents of Fort Sask and other remote regions of Canada can enjoy it thanks to Telus.

The company invested huge amounts of money in building the infrastructure needed for the implementation of 4G, as well as for the expansion of Optik TV, the IPTV based service that brought progress in so many of the homes in Alberta and not only. IPTV based television is the most modern available, featuring lots of facilities and bringing important benefits to its subscribers at prices that are affordable for many.

There are about 37 communities, all in remote areas of Canada, that got connected thanks to massive investments done by this corporation. Telus Ft Sask only put about $2.1 million in enhancing the 4G wireless network in Fort Saskatchewan and in extending Optik TV to more homes in the same area. This is a big step for people in those homes, as Optik TV comes with a wide array of features that increase the quality of life and the comfort of the citizens. Such features include remote record, pause, rewind or replay live TV, schedule the recording of various shows and access previous recordings even from the smartphone directly, thanks to a special application.

However, Telus Ft Sask is only a drop of water in the ocean of the total $26 billion invested by the corporation in operations and technology in the province of Alberta over the last 10 years or so. This shows Telus lives up to its philosophy, which implies an active participation to the community life. Telus spent important amounts in supporting local charities, community organizations and a series of grassroots community projects meant to improve the life of the citizens. Telus is like a large family, its members being actively involved in volunteering, adding up to a total of 1.2 million hours volunteered in the benefit of the community.

Moreover, donations made by Telus team members in Alberta go up to the impressive figure of $82 million. This speaks volumes about the quality of Telus employees, it shows the company cares about people, policy illustrated also in the way they pick their employees.

Investments in infrastructure are not only good for the company that makes them, but also for all members of the community, especially if we talk about remote areas where access is very difficult, thus isolating people who live there from the rest of the world. With the fast internet, those communities will no longer have the problem of big distances and difficulties to travel, because they will be able to stay in touch over the internet, using applications like Facebook, Twitter or Skype. Online conferencing is already part of the modern society, but in order for it to work, it needs a good infrastructure and fast broadband internet networks, otherwise video transmissions can’t be done properly.

The wider the wireless coverage, the more homes would also be able to benefit from Optik TV, thus having easy access to information and news from all over the world. All these were possible thanks to the commitment, dedication and hard work of Telus representatives and associates, people who care about the future and do want to create a better world for their children, so that those children become good citizens of their communities. This is a good strategy for determining young people not to commute to more connected places across Canada or worldwide. It’s a big achievement to make young population be attracted to stay where they were born and contribute to the life there, without thinking how comfortably they’d live elsewhere. Progr ess and technology go hand in hand and Telus is one of the big companies that understood that and committed to bring the most advanced discoveries and achievements to such remote places in Alberta, as well as in other regions that are difficult to access and to modernize.

All these efforts made by Telus were rewarded, the company being the largest in Canada, with 7.4 million wireless subscribers and more than 500,000 TV customers.