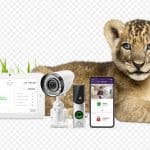 I was at the unveiling of Telus’s Smarthome Security Launch yesterday.  I’s exciting to see them enter into the Home Security Market.  I believe it has been under served to date.  Their offering is second to none with additional features coming out soon.  The quality of the service and products will match the level you have come to expect from Telus.  See the original article of the announcement below:

Emily Jackson
Filed under
Recommended For You
Telus Corp. will break into the home security market as part of BCE Inc.’s deal to buy AlarmForce Industries Inc. after a transaction between the telecoms that splits customers between the east and the west. Bell announced Friday it closed the $182-million purchase of AlarmForce, which has 100,000 customers across Canada. It simultaneously announced it sold 39,000 of these customers in B.C., Alberta and Saskatchewan to Telus for $66.5 million. The deal, first announced in November, is relatively small for the communications giants – Bell alone has nearly 4 million internet customers east of Manitoba – but it’s a big strategic play as telecoms push for new product lines in increasingly connected homes. The telecoms are building expensive and high-capacity fibre networks, so they hope to pull in revenue from additional services such as security, connected devices like stoves and energy monitoring. The sale to Telus also highlights the relationship between the telephone companies, which tend to operate on east-west lines similar to cable giants Rogers Communications Inc. and Shaw Communications Inc. Bell and Telus share much of their wireless network. When Bell bought Manitoba Telecom Services last year, it immediately sold 100,000 customers to Telus for about $300 million. Rizwan Jamal, president of Bell’s residential and small business services, said that after Bell announced the acquisition, Telus expressed interest in getting their hands on customers in the west. Telus also stated discussions only began after Bell announced the deal. “They showed a keen interest in the western operations and the western assets for similar reasons as to why the eastern operations and the eastern assets were very enticing for us,” Jamal said in an interview. Since Bell’s residential and small business subscribers are east of Manitoba, the deal with Telus made sense. “This is all about how do we further penetrate the Bell base and sell these services alongside our internet services,” he said. “We’re very excited about the connected home, and the coupling of that with our next generation broadband networks and all the fibre investments we’re making. The goal is to sell them to customers together.” The traditional home monitoring business is roughly at 15 to 20 per cent penetration in Canada, Jamal said, but Bell predicts everyone will want some of these services as technology evolves. “We think 100 per cent of homes are going to want to have smart devices and smart solutions,” he said, adding that home security and monitoring are expected to be the anchor products. Bell already sells home security in Atlantic Canada through Bell Aliant NextGen Home Security and in Manitoba through AAA Security. For now, AlarmForce will keep its brand with the additional phrase “a Bell Canada company.” There are no layoffs in the acquisition, Jamal said, and AlarmForce CEO Graham Badun will stay on for six months to help with the transition. Bell will also provide service to AlarmForce customers out west until Telus gets its operations up and running. This is Telus’ first major foray into home security. Over the past few years, it has piloted connected-device technology such as connected thermostats and security cameras, spokeswoman Liz Sauvé said in a statement. “This acquisition, combined with our growing gigabit-enabled PureFibre network, will accelerate our position in smart home and security services, and provides us the ability to offer our customers bundled services in the future,” Sauvé said. “We believe this agreement is best for AlarmForce customers and team members in Western Canada given Telus’ network presence in the West.” Telus also offers health home monitoring via its healthcare technology division that collects patient information to share electronically with doctors. It also hopes to combine these services with connected home technology, she said. [email protected] [iframe src=”//www.youtube.com/embed/UB3y-QSukb4″ width=”560″ height=”315″ allowfullscreen=”” data-mce-src=”//www.youtube.com/embed/UB3y-QSukb4″ /]