When you get TELUS internet you also get the feature of TELUS webmail. This is a great mailbox that

gives you simple use with picture or audio files, search according to subject or sender, and can easily

manage contacts. TELUS also strives by having an advanced span and virus protection. You can store

1000 contact and 100MB of emails easily. Also you can easily create new folders then simply click and

drag the email to the desired folder.

At TELUS we have one of the fastest internets on the market. Our top speed 50 Mbps which gives you 400 GB monthly data usage, up to 10.0 Mbps upload speeds, and 20.0-50.0 Mbps download speeds. Now for this package it is $70 a month but we also have a more affordable option with not as high but equally impressive. Our internet 25 gives you 5-25 mbps download speed, up to 5 mbps upload speed, and 250 monthly data usage. This is perfect for those families on a budget as it is $60 a month and perfect for multiple users. We have all this information in store and you can even book your installation with us. Plus don’t forget the more services you get the more we can bundle and save you some money.

Our business customers are getting a choice add-on of $9 which gives you 25 voicemails and voicemail to text. This gives you the ease of access of the large voicemail and the add-on of being able to read your voicemails in a meetings or such. This add-on is only available for business regular or business personal accounts. It is an amazing feature that would be a benefit for the people receiving lots of calls and don’t always have time to listen to them.

Blackberry update
Effective now
Blackberry has now released the new update to 10.2. With this update you can now get blackberry’s secure work space for $75 which gives you the ability to stop all non work related things while you’re at work. Here are some updates:
• Battery percentage shows
• Battery chart
• Updated incoming call system
• Added wifi direct
• Pinch to view unread messages
• Added picture password
There are many more just visit blackberry.com/software for the whole list. 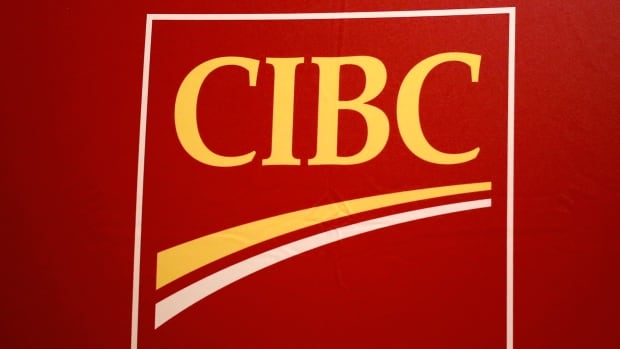 CIBC has partnered with Telus to give more customers the ability to make payments with their smartphones.

The two companies announced on Tuesday the launch of a mobile payment app for certain models of smartphones that run on the Telus network for credit card purchases such as gas or groceries, to a limit of $50.

CIBC already has a similar partnership with with Rogers to offer the bank’s credit card holders mobile payments with smartphones at “tap and pay” terminals across the country.

“In the next two years, by and large, you will have every bank and every major telco providing the service to clients,” said Todd Roberts, senior vice-president of payments strategy and innovation at CIBC.

“When this becomes ubiquitous, just like ATMs, like telephone banking, we will treat this as an everyday part of our lives.”

For mobile payments to become widespread, smartphones need to be enabled with the technology that enables credit card purchases and also brings all wireless carriers on board.

In the case of CIBC, Roberts said, that would also mean a partnership with Bell.

“It is our desire to make sure that all of our clients have our [credit] cards available for use on the network that they choose, so it is highly logical that we would enable Bell.”

‘We’re trying to shape the pace at which this marketplace develops,’– Todd Roberts, CIBC

He’s predicting the limit for mobile payments using Visa and MasterCard will increase to $100 as consumers and merchants get more comfortable with idea.

CIBC won’t say how many of its customers now use mobile payments for credit card purchases.

Other banks and carriers are also getting in on mobile banking, but CIBC said it’s the only bank to partner with more than one wireless carrier.

“We’re trying to shape the pace at which this marketplace develops,” Roberts said.

Merchants such as Petro Canada, Tim Hortons and Loblaws are among businesses accepting mobile payments.

Tech analyst Krista Napier said Canada’s mobile payments market is fragmented because not all smartphones are equipped for the transactions. As well, banks and wireless carriers have different offerings and not all merchants accept these payments.

“For 2014, I think it’s pretty safe to say you still have to carry around your physical wallet or some other form of payment, just in case,” said Napier, manager of mobile and consumer research at IDC Canada.

Napier said emerging countries are further ahead in mobile payments than Canada because they don’t have a traditional infrastructure for banking.

But she said mobile payments will become more common in Canada, driven by younger consumers.

Royal Bank of Canada recently announced a digital wallet that enables mobile clients to buy goods and services with their RBC Interac Debit or Visa credit cards using some models of Android smartphones running on Bell’s wireless network. It also expanded its mobile app last month to allow customers to send Interac e-transfers directly to their contacts in Facebook Messenger.

BMO said it was the first bank to roll out mobile payments in 2011 and teamed up with MasterCard. BMO customers stick a mobile tag on the back of their smartphone and then tap the tag on the PayPass reader to pay for their purchases.

TD Bank and PC Financial have announced a mobile wallet to combine multiple payment and loyalty programs for consumers. It will allow consumers to pay, earn and redeem loyalty points in a single tap using their smartphones and is expected to launch this spring.

Mike Henry, senior vice-president of retail payments, deposits and leading at Scotiabank, said that while his bank hasn’t announced plans for mobile payments yet. the concept is under active consideration.

“Our offering is currently in pilot stage, and we are currently deciding on a launch date,” Henry said.

Looks very promising. This has been available in Europe for years now!

Considering getting a new phone and want a pop of color into your life? Well as of Feb 4 you will be able to get the red nexus’s 5. More colors will be able as time progresses. The rumored colors are red, orange, yellow, green, blue, and purple. These phones will not be able in store right away but you will be able to get them from Telus Fort Saskatchewan in Cornerstone Mall as Telus receives stock.Check with us to see if your colour is in by calling 780-998-9551.